This piece explains why I didn’t get my driver’s license until I was eighteen and also why I’ve always driven like a little old lady. I am pleased and proud that this memoir flash was just published in A Year in Ink, Volume 10. Thank you San Diego Writers, Ink. I enjoyed reading it onstage at Cygnet Theatre at the big launch party. Hope I didn’t race through it.

In the Fast Lane 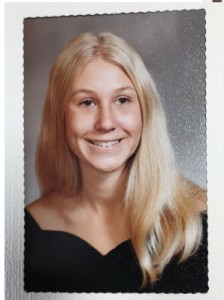 From the MGBGT’s bucket seat I watch Greg strut out of the Tijuana liquor store and climb behind the wheel. Stick shift between us, he unscrews the tequila bottle’s cap and offers me a swig. I shake my blonde head no. I’m impressed, no lemon or salt in sight, he raises the bottle and gulps golden liquid down, worm and all. He lights a joint and soon the car fills with smoke and steamy heat. No need for me to take a hit, at sixteen, I’m susceptible to contact highs. He lays the roach in the ashtray and we make out for a while. Led Zeppelin on the eight-track, he revs the motor, winds the car over muddy roads beside cardboard houses that melt in the rain, back to the border. There he rolls down the window and replies, “U.S.A.” The bored agent peers in, ignores Greg’s hand on my tanned thigh, the smell of weed and waves us through. He pushes hard on the gas pedal. A slick highway greets us. An orange sun floats like a buoy on the Pacific. The sports car speeds up, passes a VW van, a Pinto, a semi. In Chula Vista he yells above the music, “Let’s get off.” My heart races as he crosses over three lanes toward the exit and bashes the rear of a sedan. My eyes close tight and I hunker down as the car spins around and around and I’m sure we’re going to die. I hear the squeal of tires, shrieking metal and my scream. Suddenly the car stops and so does the noise. Greg calls my name but I can’t reply. My voice has disappeared. Car doors slam. A far-off siren wails. Someone touches my neck, lifts me out, sets me on my feet. It’s dark now. A flashlight blinds me and my shivering body is wrapped in a scratchy blanket. Blinking squad cars reveal smashed vehicles on the freeway’s side. I sit beside Greg in the tow truck and rock back and forth repeating The Lord’s Prayer as the car, now an aluminum ball of foil, is hoisted up behind us. The driver climbs in and says to me, “Good thing you had your seatbelt on or you’d be dead.” I nod my head not wanting to admit that I hadn’t been wearing it. Greg didn’t think they were cool. 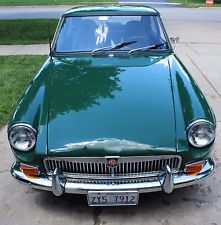